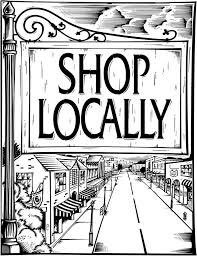 I am very happy with my experience with Nationwide. I found Charles (the owner) to be very friendly and easy to reach. I got an estimate from another company and found Nationwide to be the cheapest. Also, as a mom to a small child, it was so nice that Charles brought tile samples to me and measured and ordered the tile.

The guys that actually did the installation were friendly and professional. I had one problem with the tile needing to be fixed to fit our new light fixture and the guy was very approachable and happily fixed the issue.

We have a small condo (1,000 sq ft) with just one bathroom. It was important that the project be done as quickly as possible and that the toilet be put back on when the guys left. I felt that they did a great job of working with our needs. The project from start to finish was 4 days, which I think is pretty good.

I would definitely recommend this company to anyone with a bathroom renovation project. It was true to the estimate and they did a great job.

The owner was incredibly nice and he took a lot of time with us making sure we had exactly what we were looking for in each room. Then he followed up, did a nice job and it looks very pretty.

When Brad came to assess my bathroom project I felt at ease with him right away and he answered all my questions. When I showed him the tile samples I was interested in, he offered (for a small fee) to meet me at the store when I was going to buy it so that he could load it in his company van and deliver when the project was to begin. This was a huge relief to me to not worry about getting the tile inside my 4th floor condo and he only charged $40 for that. Also Brad estimated that the project would last 3 days and considering this is my only bathroom, it was very important to me that the length of time without a bathroom was limited. The project did in fact only last 3 days. Brad and his contractors were very professional. I was set on a specific tile for my shower however when I went to buy the tile, they were low in stock but Brad's tile installer was able to stick to my original design and tile despite the fact that the measurements were showing I would be short on tile. The tile design in my shower was an intricate glass/marble mosaic and it required using more grout than I had purchased. However even though I was short on grout, Brad went out and purchased grout on my behalf and didn't even charge me for it! I would definitely use Brad's flooring again and would recommend them to others. This was my first home project and was nervous but Brad and his staff put me at ease instantly and were open to my ideas and questions. They adhered to their original quote and timeline which I found to be refreshing given all of the horror stories I had heard of with other contractors!

Great experience! I originally called Charles for a quote on basement stair coverings but when he called to set up date to come over with samples, we discussed other projects I had in mind and I told him to bring along blind samples. I ended up getting the blinds and I love them. Charles was good about making sure the wood valance in hallway did not leave any gaps that would be seen when going up staircase. He also made sure to recommend faux as opposed to wood for bathroom to avoid warping. He went above and beyond, as far as assisting me with ideas for the basement stairs because I do not care to spend a lot of money on them. He actually bought some sample products with his own money to bring to me and show me what I could do as alternatives to his tile products. I will definitely use Charles and Nationwide for my basement stair project as soon as I make up my mind what I want to do.

It was an excellent process. We were given a wide variety of options to choose from. We took his bid and also obtained bids from two other contract. This vvendor had the product we wanted at the lowest bid. After we made the contractor selction. A timely installation date was quickly agreed to. The process was neat clean and orderly from beginning to end.

Charles was very responsive, calling me back & setting up an appointment very quickly. He arrived on time & was very patient with me as I explained what I was looking for style wise, plus it had to be made of natural materials-no PVC, no plastic, nylon or rayon. I finally decided what I wanted (he spent over an hour with me!), but in the end, the factory wasn't able to do what I wanted. By the way, no one else has been able to do it either.